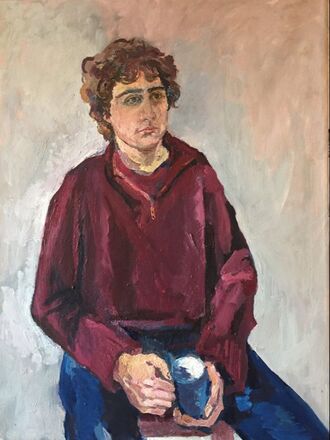 Portrait​ of James Abel by Sally Mole © 2019 Sally Mole
Biography
James was awarded the Royal Birmingham Conservatoire’s Audience prize in (2018) and was the joint winner of the Philip Bates prize for Composers and Song writers (2018). James has a multifaceted approach to composition wearing ‘’many hats’’ in his approach to being a composer. His styles range from experimental performance to Contemporary Classical with a few stops in between. James has written for The Lines, Redgrave and McCarthy trio, The Royal Birmingham Conservatoire Composers’ Orchestra conducted by Daniele Rosina and Manny more. James has written and performed music for Film, Theatre, Art Installations and for Concert.
James Is a final year student student at the Royal Birmingham Conservatoire. He currently studies under Seán Clancy, Andrew Toovey and Andy Ingamells.
​